NOW IN STOCK: AVAILABLE TO MEMBERS, NEW IMPROVED TIES £17.00 EACH! 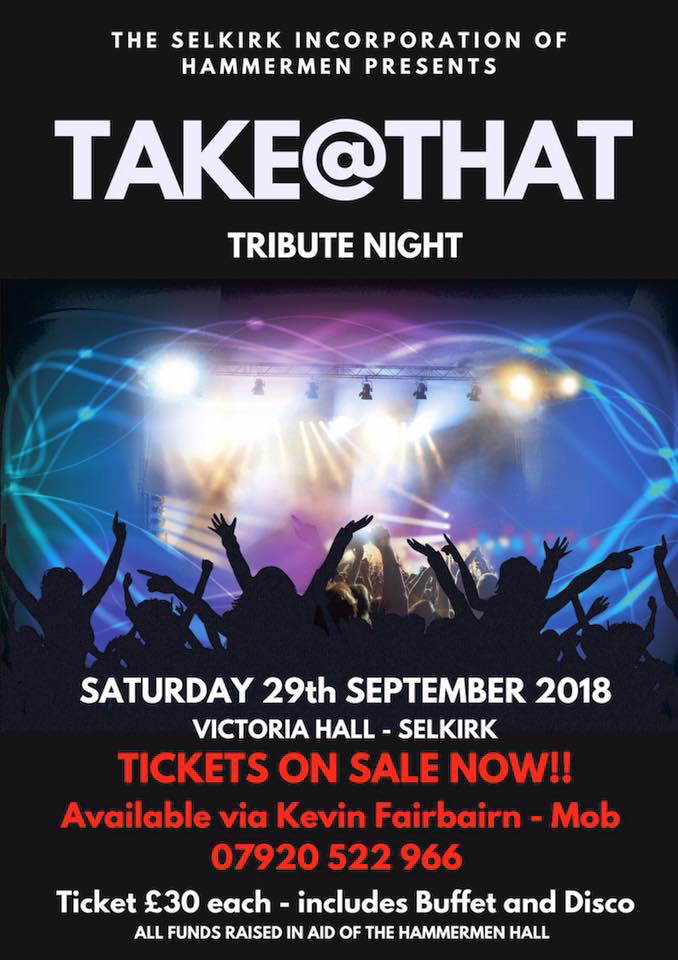 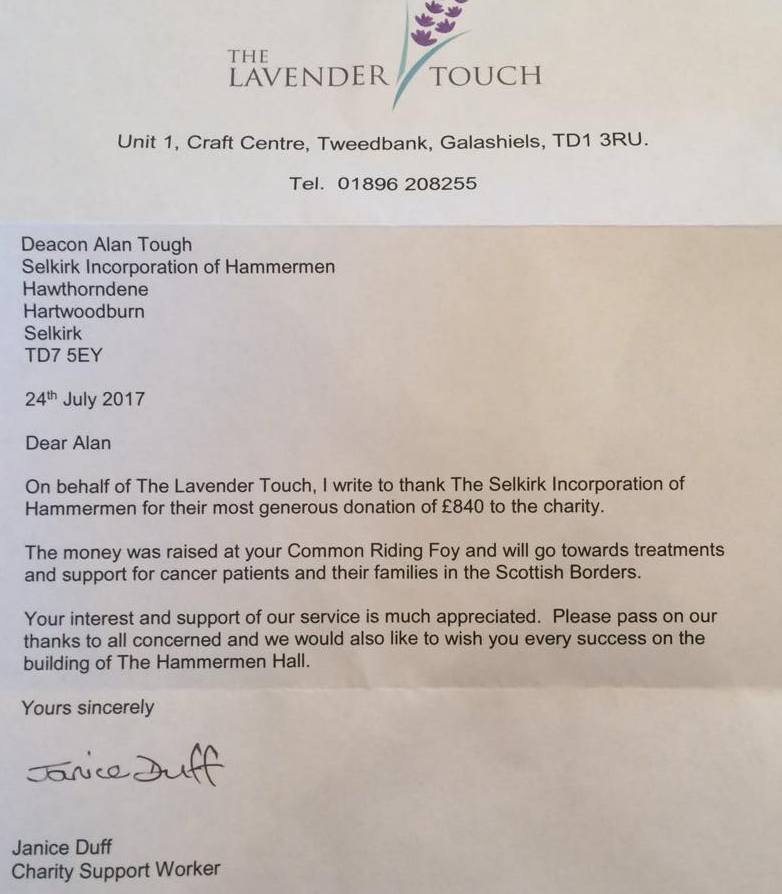 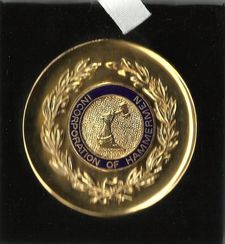 ​Congratulations to Shane Miller, winner of the Hammermen Medal for technical subjects 2017. Well done from all the committee, members and friends of the Incorporation! 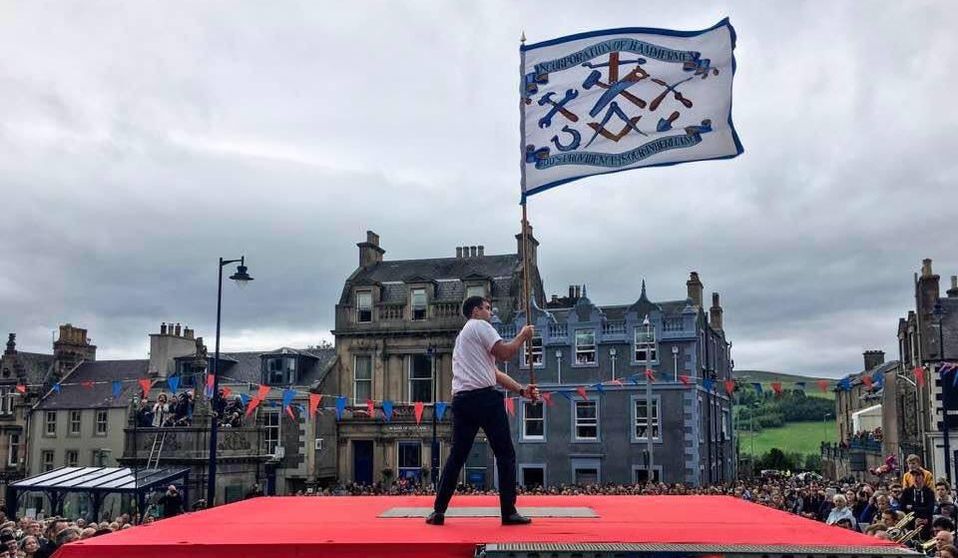 There was a busy morning for the Hammermen committee, members and friends decorating the Royal and Ancient Burgh in preparation for the Common Riding on Sunday 4th June.
Special thanks to Billy and Ryan Dow for their service over many years and for 'showing us the ropes' and to Office Specialties for their kind support in supplying our Hi Viz Vests. 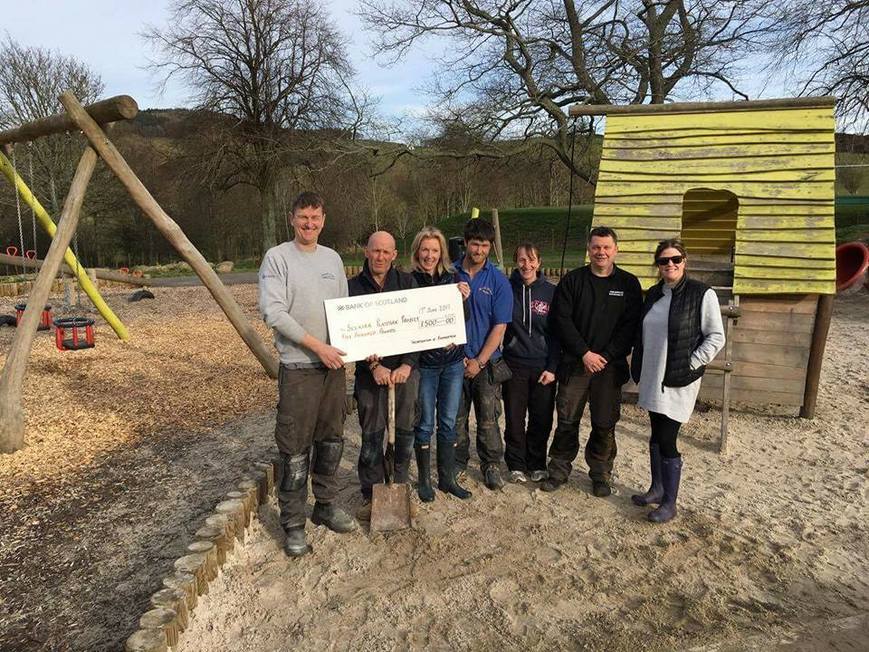 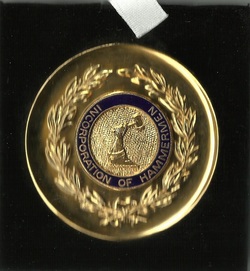 Congratulations to Caleb Gibb, winner of the Incorporation of Hammermen Medal for Technical Subjects 2016.
​Could this be a first? 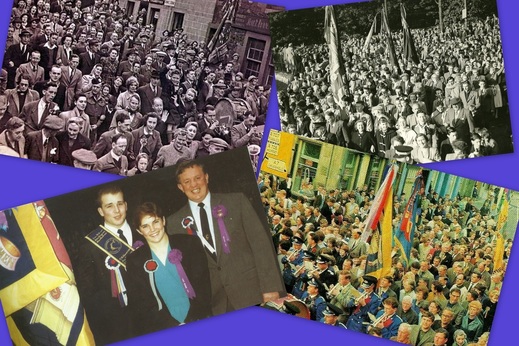 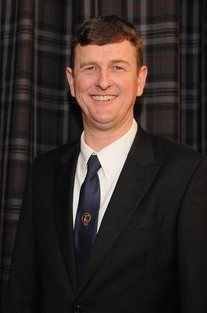 Self-employed electrician, Graeme Legge was elected Hammermen Standard Bearer 2016 at the Incorporations AGM on April 12th. He has chosen Royal Blue as his colour.

​Very best wishes to him and his Lady Busser Sarah Legge from everyone associated with the Hammermen. 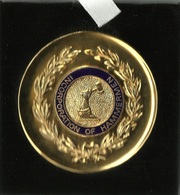 We are delighted to announce Connor Gray has been awarded the Hammermen Medal for Technical Education for the Session 2014/2015. Well done Connor! 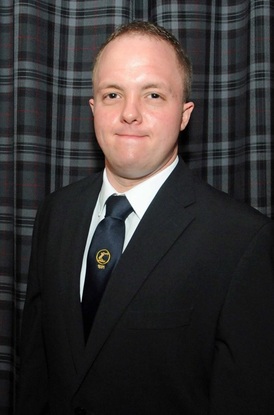 Photo By Grant Kinghorn
News from the AGM
The AGM of the Selkirk Incorporation of Hammermen was held in the County Hotel on Tuesday 14th of April.


The most significant election of the night was that of Standard Bearer for 2015 which saw Michael Glendinning unanimously elected to the post. The Incorporation are delighted with his election and wish him a happy and successful Common Riding.


Congratulations was also given to Billy Greig our 60th Anniversary Standard Bearer, Iain Hill celebrating 50 years since carrying out his duties as Standard Bearer and Nigel Maltman who celebrates his 25th year.


Standard-bearer Glendinning has confirmed that his sister Sandie will buss his flag and that his ribbon colour will be cornflower blue. 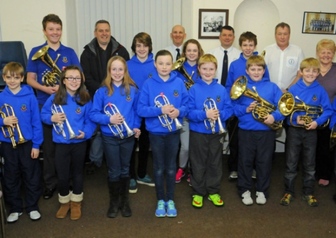 February 2015
Hammermen Support Junior Silver Band
Deacon Kevin Fairbairn and 2014 Standard Bearer David Main visited the Band Hall to hand over a cheque earlier this month to the Selkirk Junior Band along with other Common Riding Associations.
It has been a tradition over the last few years to have a collection during the Common Riding Foy for a cause (or causes) selected by the Deacon. In the past the craft has funded a diverse range of schemes including: education programmes in Africa, shirt sponsorship for local youth rugby and contributing to local play park schemes.
This year part of the collection was allocated to providing an instrument for the Junior band, an integral part of Selkirk Common Riding.
Pictured with the Junior band are David Anderson (Selkirk Ex-Standard Bearers Association), Deacon Kevin Fairbairn and David Main, Keith Laurie (Incorporation of Fleshers) and Shiela Lockie (Common Riding Rossettes). ﻿photo: Selkirk Weekend Advertiser. ﻿